Image of the Day: Defensive Driving Tips From All Over

From Tarzan's New York Adventure (Richard Thorpe, 1942) -- Tarzan (Johnny Weissmuller), Boy (Johnny Sheffield), Jane (Maureen O'Sullivan), and Cheetah (demonstrating who's the brains of this outfit) deal with crosstown traffic in a way that should be familiar to any real New Yorker. 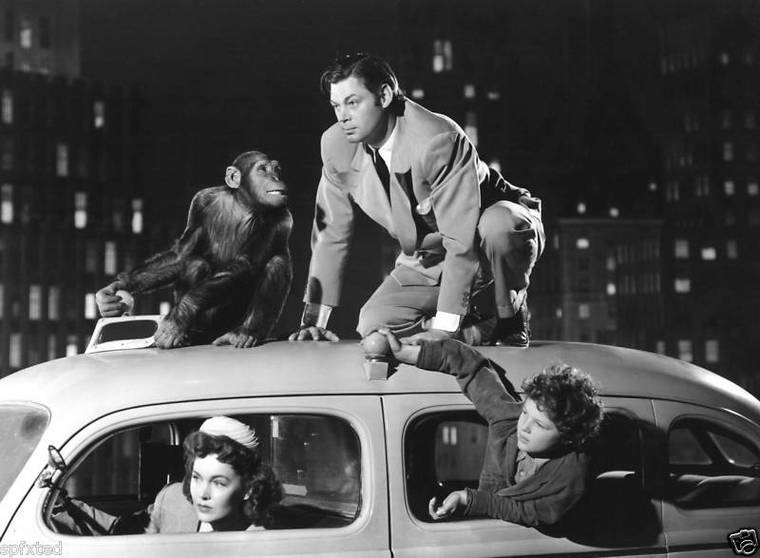 Sorry -- I know I posted another shot from this last week, but I just couldn't help myself.

I should add that Sheffield went on to play Bomba the Jungle Boy in a series of 12 low-budget films made on the Monogram Studio backlot between 1949 and 1955. I bring this up because the Bomba movies were based on a very peculiar series of kids books -- originally published between 1926 and1938 -- which essentially knocked off the Edgar Rice Burroughs Tarzan novels for younger readers. 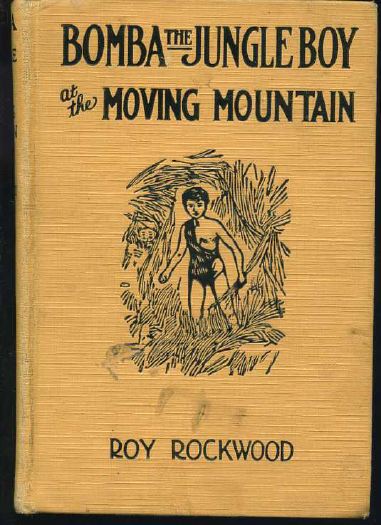 And I do I mean peculiar. For some reason, the entire original hardcover run was still on the shelves at my elementary school when I was a youngster in the 50s, and even then --- as a trash/nostalgia esthete before such interests were fashionable, let alone something you could build an adult career on -- I could tell there was something seriously screwy about the Bomba books. For starters, they all had the same cover (as in the one seen on the right), with only the titles changed from installment to installment; this was a serious no-no in kid-lit land (imagine if every Batman comic you bought had the same cover? Heresy!). Then there was the the little matter of the creepy racist stuff. Bomba, who given the number of interior monologues he indulged in apparently had a rather rich inner life, was constantly mulling the idea that because he was white, he had a soul that was "awake"(!), whereas his jungle buddies, the dark-skinned natives, had souls that were "sleeping"(!!). I may have been only ten years old but I already had that one pegged as a pretty dubious metaphysical proposition.

But the weirdest thing about the Bomba books can be summed up in one word -- anacondas. As in whenever the action flagged, Bomba -- and these were not particularly densely plotted novels, so basically we're talking every thirty pages or so -- found himself in mortal combat with one of the giant snakes that also served as the titular villain for that stupid CGI movie with Jennifer Lopez. He never seemed to see it coming, either. In any case, I could never really figure out why this kept happening, although years later I decided that author Roy Rockwood (actually, a bunch of writers using a house pseudonym) was getting paid to administer some kind of literary affirmative action program for large scaly reptiles.

But we were talking about Johnny Sheffield, who went on to star in yet another jungle saga, albeit briefly. Which is to say a 1956 TV pilot for a proposed series called -- with stunning originality  -- Bantu the Zebra Boy.

The Bantu half-hour film is actually fairly slick by the standards of small screen adventure shows of the period, but at this point Sheffield was himself in his mid-twenties, and he looked kind of silly riding around in a loincloth on a zebra pony. When the pilot didn't sell, perhaps as a result, he more or less quit acting and went on to several successful non-showbiz careers, including one in real estate. He died of a heart attack this October, age 79.

There was no word, of course, as to whether his soul had merely taken a nap.