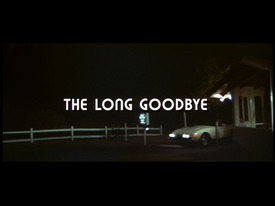 Well, 2011 already bids fair to be the suckiest year in memory, but New Year's Day at least is not a total loss: Turner Classic Movies is running a Marx Brothers marathon, starting at 12:30 am (EST).

Well, actually it starts earlier, on New Year's eve, but as 2011 dawns you'll be able to see Animal Crackers, Monkey Business, Horse Feathers, Duck Soup, A Night at the Opera, and (at 5:30 am) the much funnier than its reputation suggests Go West, with the incomparable Groucho as S. Quentin Quale.

For those of you without basic cable, here's the great man himself singing the title song.

If that doesn't make you smile, seek immediate medical attention.

Image of the Day: Don't Let the Bedbugs Bite! 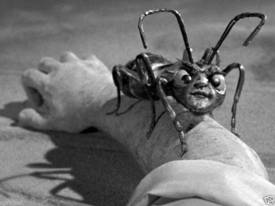 From the classic Outer Limits episode "The Zanti Misfits" (Leonard Horn, 1963); One of the titular convicts from another planet seems unconcerned that a large can of Raid is about to be employed off camera by star Bruce Dern.

Said alien being an early example of work by the great stop-motion animator Jim Danforth, by the way.

I should add that whenever I hear people in New York City complaining about the recent vermin infestations, I whip out this photo and then tell 'em to STFU. 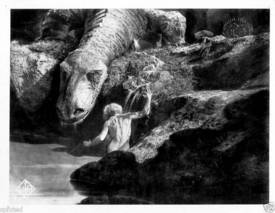 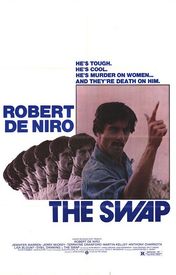 Okay, I can stop worrying about this now. Finally.

Attentive readers may recall that I last wrote about the Jordan Leondopoulos/John C. Broderick identity crisis in October, on the occasion of the home video release of The Warrior and the Sorceress, an 80s sci-fi cheapie the aforementioned Broderick made for Roger Corman. But I've actually been semi-obsessed with the whole affair since 1997, when I was toiling at the (sadly unarchived) TVGuide website; in fact, it all started when a critical colleague over there alerted me to an early DVD (of probably dubious legal provenance) of a film starring Robert De Niro, about which there seemed to be a certain historical confusion.

Image of the Day: Finished Basement With Lycanthrope 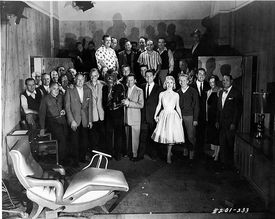 From I Was a Teenage Werewolf (Gene Fowler, Jr., 1955): Michael Landon (center left, in varsity jacket) and the rest of the cast and crew celebrate the completion of the film's principal photography with the traditional Cokes and Fritos.

You know, I'm old enough to actually remember that whole Happy Days era, and yes, it's true. At every teen party or sock hop I went to in those years there was always one poor guy in attendance who had the exact same skin condition. 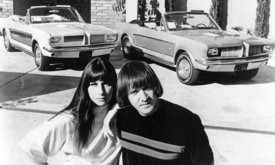