How Bad Could It Be?: The Road of Excess Leads to the Palace of...Whatever 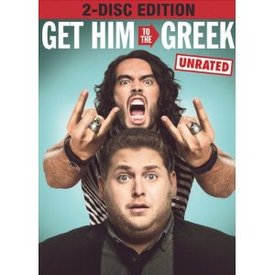 Well, I finally got around to watching Universal's deluxe DVD edition of Get Him to the Greek, the 2010 comedy starring Jonah Hill cast against type (not!) as a loveable twenty-something shlub and Russell Brand recycling his over-the-hill 80s rock star character from Forgetting Sarah Marshall. I missed this one in the theaters, mostly because I wasn't all that amused by Brand's act the first time around, but I've been a fan of Hill's since Superbad, and I have a huge and utterly inappropriate thing for toothsome co-star Rose Byrne.

Image of the Day: The Last Temptation of Dracula 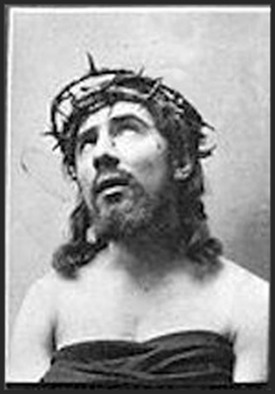 A day late for Halloween (but two months early for Christmas) here's the pre-Hollywood Bela Lugosi, as he appeared in 1919 on stage in his native Hungary, as none other than...the big J.C. (Or as we in the Western Religion business call him -- The Franchise.)

It is, of course, interesting to ponder how things might have turned out for Lugosi if he'd been typecast in THIS role for the rest of his career, rather than as a certain Transylvanian count. At the very least, it gives a whole new twist to the phrase "The blood is the life."

Weekend (Sort of a) Cinema Listomania: Special No Matter Who You Vote For, The Goverment Always Gets In Edition 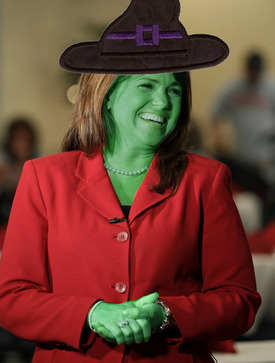 No Video Event of the Week this week, alas; as you may have guessed, I'm still recovering from a bout of jet lag associated with my recent excellent Parisian adventure. But have no fear -- The Event will return next week, in its usual tanned, rested and ready mode. And I'll have had a chance to catch up on several stacks of DVDs and Blu-rays I've been meaning to get to, including that fabulous TCM Douglas Sirk box set.

But in the meantime, in honor of Tuesday's primary elections, and given that a) things will per usual be a little quiet around ...

Back in the USA 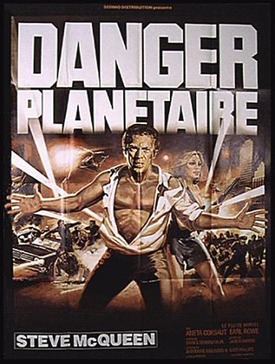 Well, as should be obvious if you're reading these poor words, I have returned from my excellent Paris adventure -- safe and sound and only a little bit overweight due to my intake of heavy sauces and elitist chardonnay. But before regular programming around here begins anew next week, allow me to deal with a few French-themed odds and ends.

The first and foremost, of course, is the little question of the Joan of Arcs photo-quiz we ran on Tuesday. Faithful reader Kurt B. correctly identified the stills of Falconetti, Ingrid Bergman and Jean Seberg, but the fourth Joan stumped him. 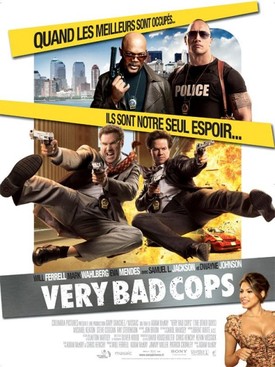 Okay, if you've been with us since earlier this week, you're aware that I've been posting these poor words for the last several days from the land of the Ignoble Frog, specifically Paris. And at this point you're probably wondering -- what's my take on the current state of the movie art here in the City of Lights?

Hard to say, actually, as I haven't had time to check in at the L'Enfer Octoplex in the vicinity of my hotel. But I can give you a bit of an idea based on what I've seen advertised around town, in the metros and on the street.

The big films this week, as you might expect, are American imports. The most anticipated, at the moment, seems to be the Robert Downey Jr. 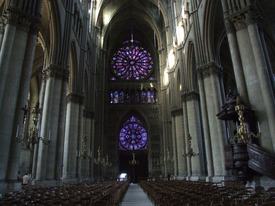 As some of you know, I'm writing these poor words from the land of the Ignoble Frog (Excuse: Vacation. Needed rest.) And over the weekend, I found myself standing -- rather awestruck, I must say -- in the cathedral of Notre Dame at Reims, where every single king of France was crowned. Including the feckless Charles VII, who was assisted by none other than the legendary Maid of Orleans -- the one and only Joan of Arc herself.

However, since the next several days will doubtless find me engaged in somewhat less rarefied touristing -- i.e., hanging out at dimly lit bistros and indulging in too much elitist chardonnay -- I thought a little contest in Joan's honor might be just the thing.

Image of the Day: Child Is Father to the Man 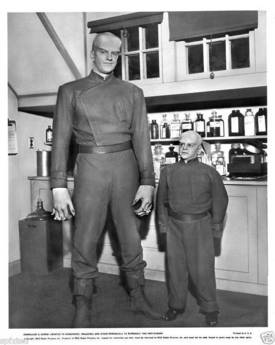 Submitted for your approval: A backstage shot from Howard Hawks' classic 1951 sci-fi thriller The Thing From Another World.

That's the pre-Gunsmoke James Arness on the left as The Thing; the little guy to his right, of course, is famed dwarf actor Billy Curtis, one of the original Munchkins in The Wizard of Oz. Curtis plays The Thing in the film's penultimate scene, when the good guys catch the monstrous alien being in an electric trap and melt him down to nothing.

In any case, I don't think there's any question that Mike Meyers somehow saw this still before he thought up the idea of Mini-Me for the Austin Powers movies.