Image(s) of the Day: That Year's Model 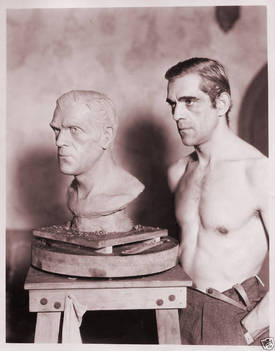 In the workshop of Universal studio makeup genius Jack Pierce, during the production of Karl Freund's The Mummy (1932).

A striking and disturbingly avant-garde shot, I think, although I doubt it was intended as such. In fact, upon reflection, what it reminds me of is the sculptor scene from Jean Cocteau's 1930 surrealist masterpiece Blood of a Poet...

...but then again, some days nearly everything reminds me of stuff from Blood of a Poet. 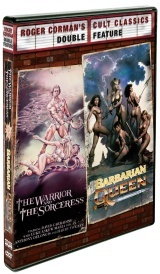 Some days, I really love this gig, and today as it turns out is one of them. Because what's just crossed my desk is the latest in Shout! Factory's series of Roger Corman reissues, and unlike last week's entry (the cockamamie George Lucas rip-off Starcrash), this one I really dig the most.

I refer, of course, to the newly restored edition of writer/director John C. Broderick's wonderful no-budget 1984 fantasy adventure The Warrior and the Sorceress.

I've written about this film before, principally on the occasion of star David Carradine's untimely death back in June of '09, and it remains, for a number of reasons, one of my favorites amongst his ouevre.

Great Lost Movies of the 50s (An Occasional Series): It's a Dog Eat Dogfood World 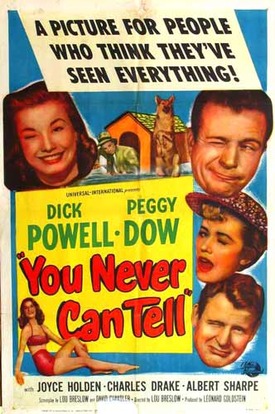 A postscript, if you will, to our Friday Beauty and the Beast-inspired meditation on movies featuring either talking animals or human/animal hybrids. Faithful reader Ninotchka e-mailed me to say that I had missed perhaps the greatest of them all; I refer, of course, to the 1951 fantasy You Never Can Tell, and having just watched it, what I can tell you is that this is one kooky flick.

The plot, via the IMDB, and I swear to God I am not making this up:

A German Shepherd ex-police dog named Rex inherits a fortune from an eccentric millionaire (who made his money in crackers -- I kid you not). 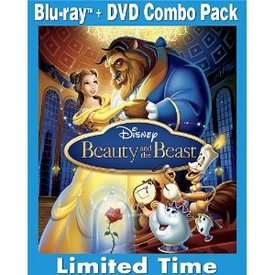 All worthy, actually, even that Karate Kid deal which, on its own superfluous terms, is a surprisingly agreeable time-waster.

There Goes the Franchise 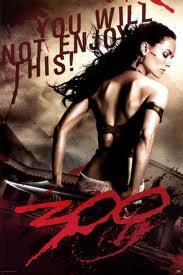 Well, yesterday -- as is often my wont -- I was immersed in the great comforting warm bath that is the Arts & Leisure section of the New York Times, when I chanced upon -- as is often the case -- rather interesting and alarming news.

Apparently, the auteur of 300 -- the most insane movie ever to gross over 100 million dollars -- has his sights set on The Man of Steel.

"For his next movie, Zack Snyder will once again take to the skies -- not with owls, but with one of the most recognizable and enduring heroes in comic books: Superman. On Monday, Warner Brothers said that Mr.

Image(s) of the Day: The Bird is the Word 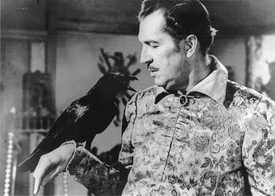 ...and the titular bird -- still perched upon a pallid bust of Pallas -- at the conclusion of the great Will Elder's brilliant comic book spoof of the same poem (from Mad, 1954).

If truth be told, Corman's The Raven is actually rather droll, but the Elder version is sheer genius; nearly 60 years on, it still makes more inventive use of the medium than any contemporary graphic novel you can think of. AND it's drop dead funny. (As you may have guessed, I've been looking for an excuse to post an image from it since forever.)

How Bad Could It Be?: Space, Italian Style 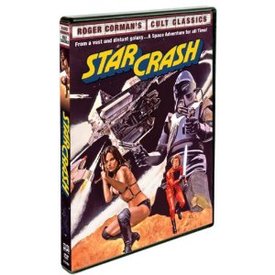 Well, I just got finished watching Shout! Factory's two disc DVD version of Starcrash, a low budget 1979 Italian Star Wars knock-off originally unleashed on these shores by (who else?) producer Roger Corman that apparently has a rather passionate cult following. I missed this one back in the day, for no particular reason, but given that it stars toothsome Hammer scream queen Caroline Munro and features music by the great John Barry I figured why not give it a look? Plus an essay included with the set, by screenwriter and passionate cult member Stephen Romano, concludes:

Starcrash is an important work of art.

We've waited all our lives to prove it.