Long Range Forecast: 'Super 8' and 'Judy Moody And The Not Bummer Summer' 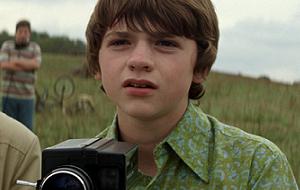 We've added Super 8 and Judy Moody and the Not Bummer Summer to our Long Range Forecast this week. Both films are set to hit theaters on June 10.

Super 8 is wisely being sold on the power of its filmmakers rather than the strength of its cast. The combination of J.J. Abrams and Steven Spielberg will lead to plenty of trust from moviegoers looking for Grade A summer escapism. The main cause for concern is that alien invasion flicks have been very hit-and-miss lately. Over the last several months we've seen a major hit in Battle: Los Angeles and a major dud in Skyline.

Judy Moody and the Not Bummer Summer will come as a nice bit of counter-programming to all aliens, superheros and car cashes of any summer season, but its prospects will be severely limited by the fact that it will most appeal to only young girls.

Check out our predictions for both films in the table below.