Long Range Forecast: 'Drive,' 'Straw Dogs,' 'I Don't Know How She Does It,' 'The Lion King 3D' and 'Johnny English Reborn' 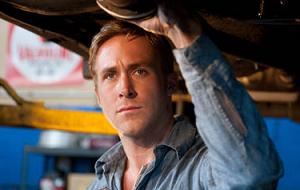 We've added Drive, Straw Dogs, I Don't Know How She Does It, The Lion King 3D and Johnny English Reborn to the Long Range Forecast this week. All five films are set to open on September 16.

Ryan Gosling is headed for a rush of stardom now that he's earned his indie credibility in the likes of Half Nelson and Blue Valentine. A showy supporting turn in Crazy, Stupid, Love will boost the Oscar-nominated actor's stock considerably when it comes to mainstream recognition. Drive received excellent reviews out of Cannes, and Gosling's performance in particular was heaped with praise. Look for this one to be a breakout hit.

Straw Dogs may be too uncompromising and raw for mainstream digestion. It also doesn't help that star James Marsden is far from a reliable draw. Expectations are low for this psychological thriller.

I Don't Know How She Does It will test Sarah Jessica Parker's drawing power outside of the Sex and the City franchise. Considering that Sex and the City 2 bombed, it looks like Parker's clout is on a downward slope. This rom-com will be lucky to reach $10 million during its debut frame.

The success of Lion King 3D will rely heavily on whether or not families feel compelled to leave their living rooms or not. It's a gamble, but if anyone call pull it off it's Disney.

Johnny English Reborn will prosper overseas and flounder in the U.S. Star Rowan Atkinson has never been as big here as he is abroad, and that won't change with this sequel.

Tags: Drive, Straw Dogs, I Don't Know How She Does It, The Lion King 3D, Johnny English Reborn