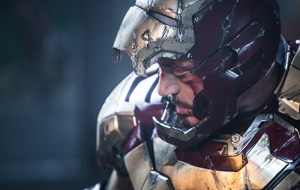 At long last, it's time to start looking ahead to 2013's summer slate. This week, early thoughts and predictions for the highly anticipated Iron Man 3 have been added to our Long Range Forecast.

- The first two Iron Man films have been blockbuster performers with very consistent respective total domestic grosses of $318.4 million and $312.1 million.
- Goodwill from the success of The Avengers could pay off in a big way for the Marvel franchise's most successful standalone character thus far.
- Early online buzz is noticeably strong.
- As the summer kick-off release, this will benefit from the lack of event-level movies so far in 2013.
- Adding 3D to it's arsenal increases the odds that this becomes the biggest opener and overall highest grossing Iron Man film yet.

- This will be the fourth on-screen appearance of the character in the past five years. Is there a risk of audience fatigue?
- The lukewarm reception to Iron Man 2 could cancel out some of the goodwill from The Avengers.
- The crowded May schedule. Star Trek Into Darkness, Fast & Furious 6, and The Hangover Part III will provide major competition; a level of competition which Iron Man and Iron Man 2 didn't face.

Notable changes on our forecast this week include The Incredible Burt Wonderstone, The Call, Olympus Has Fallen, Admission, G.I. Joe: Retaliation, The Host, and Oblivion.

Check out our predictions for Iron Man 3 and other upcoming films in the table below.