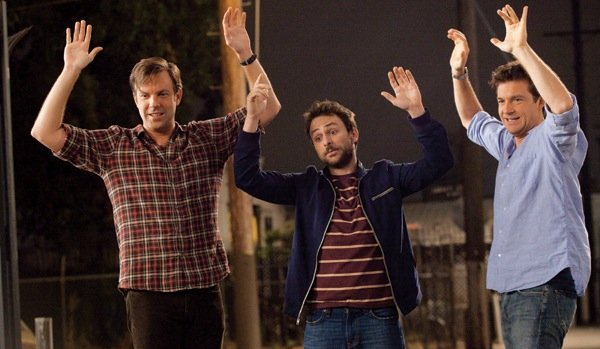 When positioned well, raunchy comedies can post solid numbers during the holidays thanks to a desire for an alternative to family-friendly efforts. Horrible Bosses 2 will try to do just that when it opens on November 26. Will the sequel improve upon the healthy $209.8 million global haul of its predecessor or will audiences not line up in droves for a second installment? BoxOffice takes a closer look at the commercial prospects for the Warner Bros./New Line release.

- The first film was a surprise hit and almost all of the key members of the original cast--Jason Bateman, Jason Sudeikis, Charlie Day, Kevin Spacey and Jennifer Aniston--are returning.
- The addition of Christoph Waltz and Chris Pine to the cast could be financially beneficially. Both actors have a strong fan base.
- People might be in the mood for something more comedic after catching the somber Hunger Games: Mockingjay Part 1 a week earlier
- Facebook/Twitter reactions to the trailers are encouraging.